Visitors 106
28 photos
Burma is a beautiful country with a population of about 55 million people. Since 1962, the country has been tightly ruled by the military generals with little room for open dialogue amongst common citizens. In 1988, this ruling military junta changed the name of the country --from Burma to the old traditional name--Mynamar; and changed the name of its largest city Rangoon to Yangon.

Burmese citizens are now generally very poor --the economy is military controlled and communications with the outside world are very limited. During my three week trip to Burma in December 2010, I had no access to telephone,newspapers, internet or television, except for the hotel in Yangon, where the access was limited.

Many Burmese people, but primarily women and children, commonly apply Thanaka paste to their faces for sun protection and cosmetic effects. Thanka paste is made by grinding the bark or roots of a Thanaka tree on a circular stone slab and with a small amount of water. This paste has been used by Burmese people for over 2000 years and has a fragrant scent somewhat similar to sandalwood.

Many of my images of common Burmese people document the use of this natural Thanka paste. I found the Burmese people to be very friendly, open, kind and very beautiful. It was such a joy to visit that beautiful and wonderful land and photograph its people and places. 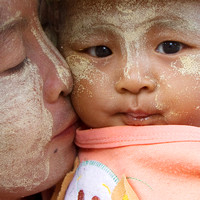 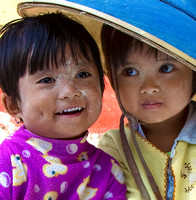 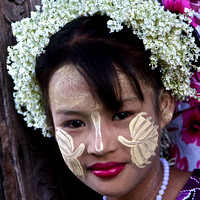 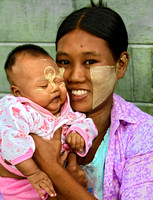 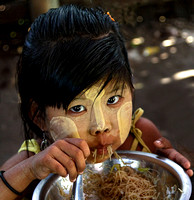 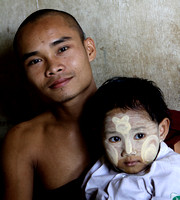