Visitors 107
28 photos
I visited Vietnam twice during 2008--first in early August, to Hanoi and to the minority villages around Sapa and BacHa, and later in October to Saigon and the Mekong Delta areas.

After about 35 years since the end of the devastating war with the US , it appears that Vietnam has put the war behind and is clearly on the path to economic recovery. Almost 85% of the current population is under 30 years of age, born after the war, and are fully committed to economic growth in their country.

I found the Vietnamese people to be beautiful, full of vitality and having an unbelievable desire to do hardwork and achieve economic freedom. They are friendly, cooperative, industrious and eager to learn from you. I was much impressed by the natural beauty of the country as well, especially the hills around Sapa and the Chinese border in the north, and the area around Dalat in the south. 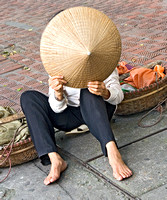 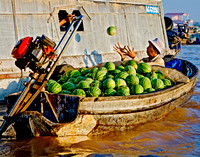