Visitors 134
24 photos
Burma (Mynamar) is predominantly a Buddhist country with about 90% of its people practicing Thiravada tradition of Buddhism. She is also the most religious Buddhist country in the world when measured in terms of proportion of monks in the population and based on the ratio of income spent on religious activities.

Buddhism has been practiced in Burma for over 2000 years.Thousands of temples and pagodas, which are devoted to Buddhism, are scattered throughout the country. Bagan, once the center of Buddhism alone has over 2000 temples. The holiest of these shrines is the huge complex of Shwedagon temple in the middle of its capital-- Yangon (Rangoon).

My photographs here depict the lives of these Buddhist monks--studying, playing, relaxing,and of course praying. I was privileged to photograph several of these famous Buddhist shrines, especially in Mandalay, Bagan and Yangon during my trip in December 2010.

Novices out on a stroll 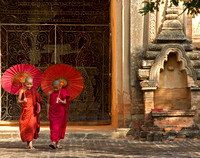 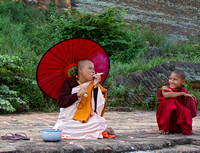 Novices and the Pigeon 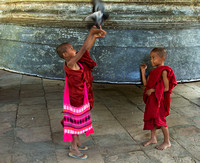 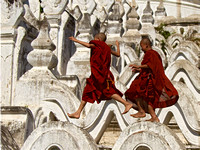 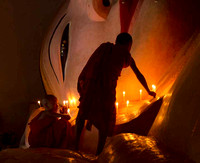 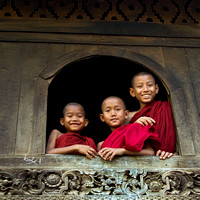